Oxfam engaged Miran to create the content for its hosting of The World Economic Forum at Davos. We were assigned across Asia to find powerful human stories and use award winning film-making and writing to present new evidence that the gap between rich and poor is growing ever wider and is undermining poverty eradication. Since the 1990s, many Asian countries – most notably, China, Viet Nam, Korea, India, Sri Lanka, Indonesia, Thailand, Malaysia, Singapore, Cambodia and Bangladesh – have become steadily wealthier. But Asia’s successes mask the sad reality that almost half a billion people have been left behind, mired in poverty and inequality. A development model that exploits and excludes people based on their social class, gender, caste and ethnicity has benefitted powerful elites at the expense of those lower down the economic and social ladder. Miran’s job was to communicate how inequality – economic, social and political – is a threat to Asia’s progress and stability. In Asia at a Crossroads we call on Asia’s governments to pursue inclusive and sustainable development to bridge this unjust divide.

“MIRAN CREATED AN AWARD WINNING MULTIMEDIA APPROACH TO A COMPLEX STORYTELLING CHALLENGE – COMMUNICATING THAT ASIA’S SUCCESSES HAVE COME AT A HUGE COST. WE CREATED A MICROSITE WITH EMBEDDED FOOTAGE, AUDIO AND PHOTOGRAPHY – CONTAINING A REPORTAGE NARRATIVE OF 6000 WORDS.” 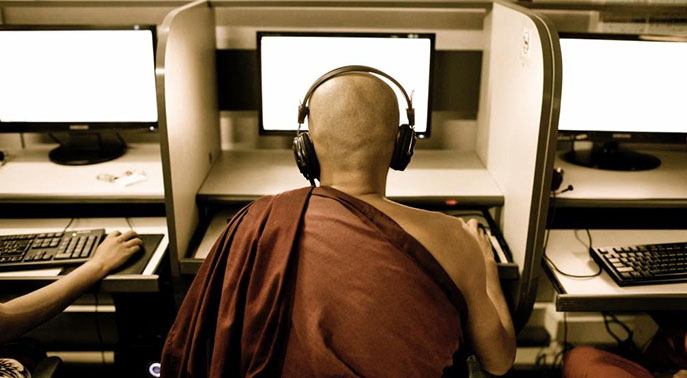 Miran created an award winning multimedia approach to a complex storytelling challenge – communicating that Asia’s successes have come at a huge cost. We created a microsite with embedded footage, audio and photography – containing a reportage narrative of 6000 words. The stories, shot in The Philippine’s, Nepal, Vietnam and Thailand over 4 chapters showed the breadth of inequality across the Oxfam South Asia region. Embedding key message points for the NGO to target at Davos and at simultaneous events in Asia. At the heart of the project was a powerful film on the life of South East Asia’s most marginalised people – its Bajo/Moken which was shot on location in the islands of Southern Thailand. In addition to this photographic and time-lapse essay showing inequality across Thailand. Nepal. Vietnam. The Philippines.

The content was created and time to launch at WEF – DAVOS 2015 and as part of Oxfam’s global publicity rollout from the UK and Asia on growing inequality and was globally acclaimed for its depth and the quality of the writing and film-making. Oxfam used the content extensively in annual reports and campaigning literature.

Oxfam’s Inequality launch grabbed global headlines in all international media. Exiled to Nowhere was not only shown at Davos and Oxfam events around the world but also distributed on major media channels. The film was awarded a prize at 2015 Spikes Asia Awards – the Asian equivalent of a Cannes Lion. Above all the project showed that inequality is not inevitable or incurable.

The amount of impacts delivered throughout the campaign for 18+ people